Balster Magic Productions consists of Tim and Robin Balster, 2-6 additional performers depending on the time of year , and a network of consultants, specialists and artists that they call upon as new ideas, productions and projects are developed. We are based in the western suburbs of Chicago. The company has been presenting shows since 1982. Some of the most recent Productions have included : 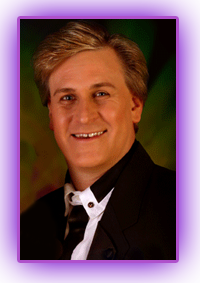 Tim Balster is a native of the western suburbs of Chicago. His career began at the age of ten. After seeing a magician on television he purchased a small magic kit from the local toy store and was off and running on a magical adventure. Little did he know when he bought the kit that nine years later he would make his first of six appearances on the same television show. That show was Bozo’s Circus on WGN . The nationally syndicated show led to many other engagements and put him on the map with many Theatrical agents.

Throughout his teen years magic was not just his hobby it was a source of income. At the time, he envisioned a career in carpentry and studied industrial arts as electives in high school. However, by the time he graduated, he had pretty much decided that performing would be his avocation. The shop courses did come in handy though; Tim constructed almost all of the props you will see in today’s performance. Hundreds of hours go into designing and crafting each of the illusions.

After High School Tim attended the Chavez College of Magic in Colon , Michigan. This was a half year of study and mastery of sleight of hand with world renowned sleight of hand artist, the late Neil Foster. Neil would only take a hand full of carefully chosen students each semester. He extended Tim the invitation to study with him after he saw Tim take first place in a Society Of American Magicians contest, one of numerous first place awards. After graduating from Chavez, Tim attended Carthage College in Kenosha, Wisconsin.

Tim has been a full time professional magician since 1982. Though maintaining a residence just outside of Chicago Tim began to travel extensively performing at trade shows, fairs, malls, colleges and on traveling variety shows. His versatility enables him to perform in virtually any conceivable situation from card tricks at a corporate trade show to a massive illusion show on a large stage. He is even an accomplished stilt walker! In 1988 this versatility led to Tim performing his act on ice skates. A show producer from Florida called and asked him if he did his act on ice. “ Oh of course.”, was his reply. A deal was struck and Tim promptly bought a pair of skates and learned how to skate! The show was Jubilee on Ice and it was on this show that he met his future wife Robin, who turned out to be the producers daughter! Midway through the 173 city tour Tim’s assistant had to leave for another engagement. Robin took her place in the act until the tour ended later that year.

In 1990 Tim was offered a six month contract at Lotte World, a large theme park in Seoul, South Korea. Tim accepted and chose Robin to assist him. It was during this time when the two began to date. They never parted company after working together in Korea and the two eventually married. 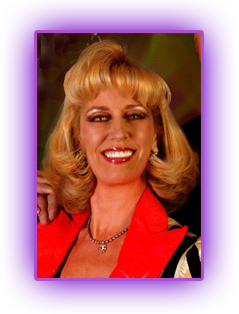 Robin Balster who’s maiden name is Robin Flanagan, was born and raised in Fort Lauderdale, Florida. With her parents as show producers, Robin is no stranger to show business. Both of her parents are professional figure skaters and produce their own shows. Their longest engagement lasted for 15 years at the Sheraton Hotel on Fort Lauderdale beach. Robin began to appear in some of these shows as early as five years old. With show business in her blood she took dance classes in tap and ballet and jazz. Skating was taught to her by her parents and in her teens she was skating in their productions. Soon she was working for other producers in shows that played in resorts and dinner theaters throughout Florida and up the east coast. Other memorable shows included a run at Six Flags over Texas and a tour that went to Trinidad and Tobago.

She received her B.S. In Mass Communications from Western Michigan University in 1986.

After graduating she worked both in radio and television broadcasting . However she soon decided to return to professional figure skating. After working with Tim on the 1988 tour of Jubilee on Ice. She decided to form her own magic act. She knew that she wanted to stay in show business but saw a better future for herself by forming her own act. Magic was the natural choice for Robin as she had been around it all of her life, often assisting magicians in her parents shows. Shortly after she had perfected her act the phone rang. It was Tim with a request for her to assist him in South Korea. She accepted and together they developed new routines that suited them both. In addition to her input with technical aspects of the show, Robin choreographs the movement and dance segments in the show as well. She also designs the costumes for the show which she and her mother tailor make.

As the two were completing a six month contract onboard The Royal Viking Sky, Tim proposed. The two were married in April 1992. After some additional work for Royal Viking Cruise Line, the two purchased a home in Darien , Illinois. Summertime finds them working near their home at Santa’s Village theme park, Chicagoland’s oldest amusement park. The year 2005 marked their thirteenth season at the park. Highlights of some of their travels include

In addition to dozens of tropical ports and the countries of Korea, Japan, Canada, Mexico and the Bahamas; the Balsters have performed in 41 states including Alaska and Hawaii. The Balsters are currently touring coast to coast performing at Performance Arts Centers and Theaters with their productions: Duck Soup , Sheer Magic , The Plan Ahead Magic Show, Seasons Greetings and their latest production, The Wizards Apprentice. The family audiences are by far their favorite. Tim says “We enjoy the challenge of entertaining on different levels at the same time. Getting a response from every age demographic and often for different reasons within the same trick, takes a lot of planning and when you pull it off its such a thrill!” “ Our philosophy has always been to entertain the audience, instead of just fooling them.”

The Balsters have started a family of their own. Their son Douglas was born in August of 1999. Doug has traveled with the show since the tender age of seven weeks old and is an excellent traveler. In his first year of life he traveled from New York to Los Angeles. Their

second son William was born in May of 2003. The proud parents claim that Douglas & William are the best magic tricks they can ever hope to accomplish. Also included in the family are the doves that perform in the show as well as the shows costar, Waldo the duck. When not performing Tim and Robin spend their quality time playing with the boys, and when they get the chance, love to scuba dive. Robin is also an avid reader and an award winning long distance runner. Tim likes tinkering around the house and in his workshop.