This year as the 10 ft TALL Stilt Walking Uncle Sam

Where:   Parade Starts at the corner of 6th & Ulm proceeds to Down Town Hinsdale, IL

A Hometown Boy: As a native of Hinsdale, Tim made his first appearance in the parade as child pulling a homemade model of the Liberty Bell on his red, white & blue decorated bike.  At age 11 Tim had completed the entire parade on a pogo stick! The feat landed him on the cover of the Hinsdale Doings Newspaper.  As he got older his tricks got more elaborate and by high school his entry into the parade included riding a unicycle and juggling. 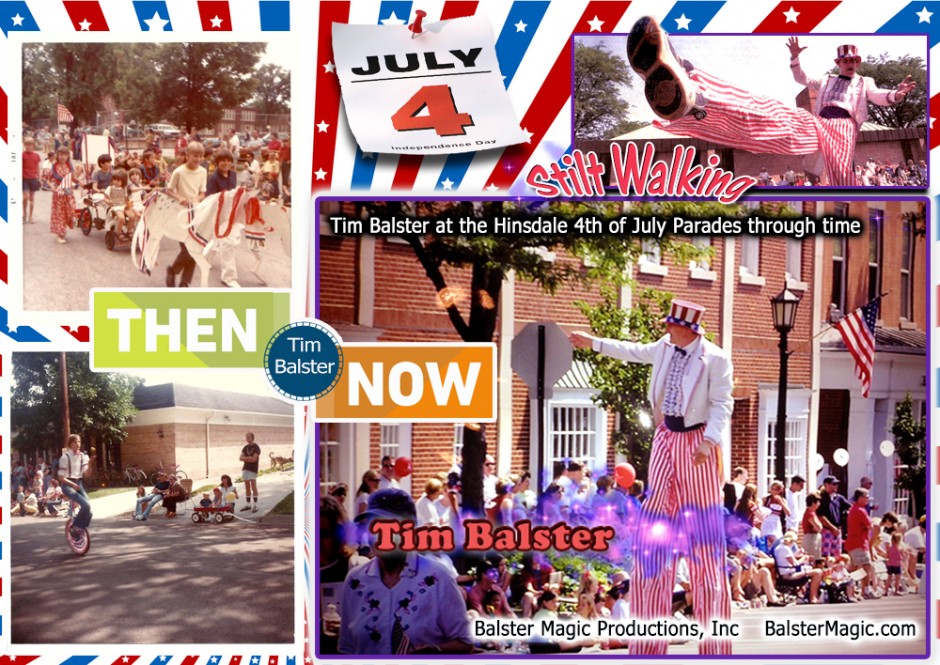 When Tim’s career as a professional Magician took off in the mid eighties, his busy travel schedule across the country and around the globe made appearing in the parade impossible.  Tim was busy performing in Japan, making numerous appearances on the Bozo Show and performing his signature Levitation Act.

In 1992 Tim returned to his roots and joined the parade as Uncle Sam on Stilts as requested by the Village.  Tim was thrilled at the opportunity to take the trip down memory lane.

“I am so excited to have been part of this long standing tradition in my hometown.  I am looking forward to this year’s parade and being part of all the festivities.” Says Tim.  As the tradition continues for Tim, 2014 will mark his 22nd appearance as Uncle Sam on Stilts! 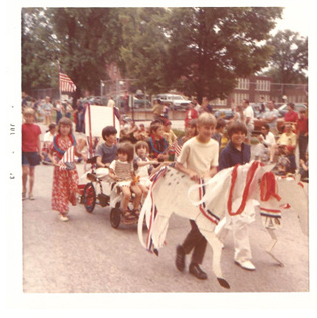 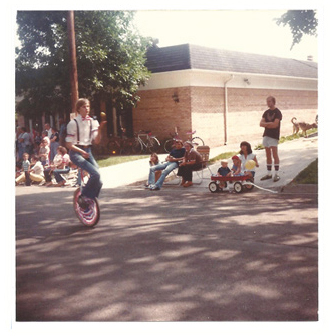 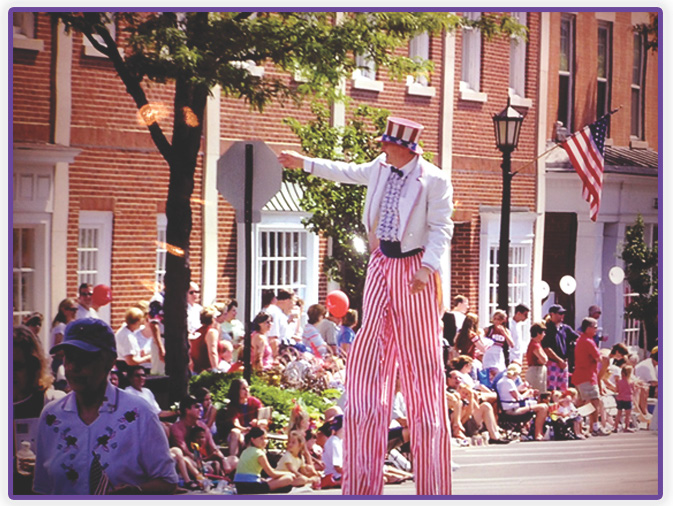